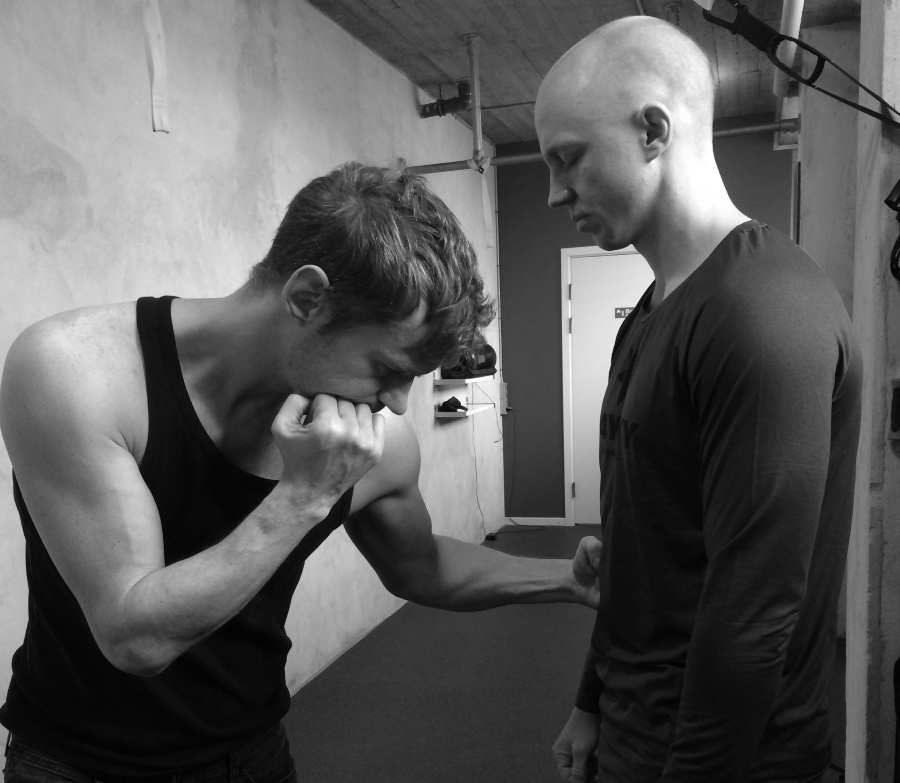 NSP training – It does not matter what you know…

My name is Aske Rask and I am the founder of NSP training. I have over 10 years of martial arts experience, worked as self-employed life and career coach, been a mentor for young adults struggling in life, bachelor in molecular biology, soon to become a body therapist and today I work as a personal trainer – and NSP training is my love child. It is basically the combination of everything I done, science, personal development and physical training under one roof, in a practical down to earth system that everyone can use.

Systema – Development of an elite soldier

My main inspiration thou, is the training I done in the Russian martial art called Systema. This fighting system is developed by the Russian Special Forces to teach soldiers how to handle extreme stress, fear and anxiety during combat. One of the fundamental understandings as I see it, is that if you can’t deal with stress and fear, it does not matter what you know and have learned, because you can’t use it when you are under pressure. This understanding makes Systema unique, as there are no techniques only principles build on the foundation of relaxed movement and breathing.

In my training of Systema a lot of things happens to the body, physically, mentally and psychological, but one experience stood out more than anything. We did an exercise where one person has to fight all the other trainees, we were as I remember 5 or 6 in total. It was a relative stressful experience but suddenly my training kicked in, where I just focused on the breathing and let my body move by itself, no thinking, no purpose, just breathing and moving. I found myself start to relax on another level as I never did before, and I have tried tons of stuff like meditation, mindfulness and more. This experience started an extra focus on the breathing for me, an especially to shut my brain down and letting the body do what is has to do, in training and my regular life.

Trusting that the body will find the right path, was huge for me…

We did another exercise that we done many times before, where we learn to take punches, through the control of the breathing. And as I have practiced a lot in my regular life I realised that the stress and fear, when taking punches was the same as that in everyday life, just on another scale. Suddenly I was able to move the fear/stress in my body around with my breathing, and the experience of getting punched by quite strong guys who don’t hold back, was almost spiritual.

An exercise that should be stressful looking from the outside became an exercise where I got access to deep stuff inside of me, and created an relative fast entrance to some kind of pure presence where the breath became the tool to deal with and change aspects of me, that influenced me in so many ways.

At this time I was doing my bachelor in molecular biology, which influenced my thinking a lot when looking for answers as I started to develop my scientific mind. And one of my big issues with my own training and from almost all other experts and teachers was the lack of scientific understanding. So when talking about breathing they will say it makes you relax… But why? Coming with all sorts of longwinded explanations I had to find the answer myself, as my scientific mind would warn me, that the more complex and answer is, the less likely it is that it’s actually true (in a scientific view).

I became a personal trainer, due to many different coincidences and one of the subjects that always has inspired me, is how you train athletes for elite performance. I was trying to find the key on how to achieve the status of the absolute best athletes in the world, not for my own sake, but to train athletes better.

And one of the interesting subjects is cardio, not in general, but specific in the exact sport that the athlete has to perform in. I found a paper that described how you could take a cross country skier, which is measured to have the highest VO2 max in the world (a measurement of cardio) and put them on a tennis court and they wouldn’t last for long, oppositely you could take a tennis player that can play for days, put them on ski and they wouldn’t last long.

As I mentioned earlier, I realised how important breathing was, in terms of letting go of the mind to make the body perform. What I didn’t realise was that I have used the exact principle of specificity as I just mentioned, for real life performance.

Martial arts and the fear of getting hit, is so closely related to the type of stress we experience every day, where we have to deal with aggression, tension, arguing and so on. As I have learned to use breathing while being under a high degree of pressure it was very easy to use in everyday life. So I started to use this principle when I trained people, as I started to experiment with something I called dynamic mindfulness.

These experiments made me realise that nobody is doing this. All systems related to teaching people how to breath is putting stress on the body that are not very efficient in mimicking the places in life where we actually have to use the breath. It is rarely that we site perfectly balanced or stand in the downward dog position at work or on the bus.

I had a direct connection between the mind (CNS) to the body (Motoric NS) and had a very “easy” way to explain all sorts of human issues like weight loss, stress, anxiety, addiction, performance and many more, without turning on the scientific warnings of longwinded explanations and the likelihood of being false.

All I have to do is to put the training of this different tools to control the nervous system under stress that mimics real life,

and here we are,

The idea of nervous system programming was realised and NSP training was born!